City Museums as Cultural Hubs: Past, Present and Future 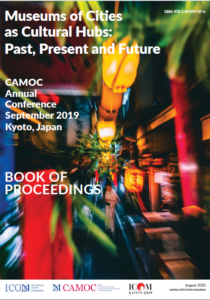 Jelena Savic, Chunni Chiu eds. CAMOC, 2020. ISBN:978-2-491997-07-6
The book of proceedings of our 2019 conference in Kyoto.
They contain a number of articles on “City Museums as Cultural Hubs: Past, Present and Future”.
Published by CAMOC and available here for free download.

The Future of Museums of Cities 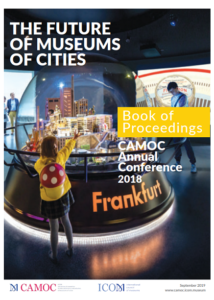 Jelena Savic eds. CAMOC, 2018. ISBN:978-92-9012-471-9
The book of proceedings of our 2018 conference in Frankfurt.
They contain a number of articles on how city museum can respond to the city now and in the future.
Published by CAMOC and available here for free download. 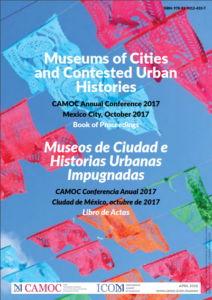 Our Greatest Artefact: The City
Essays on cities and museums about them 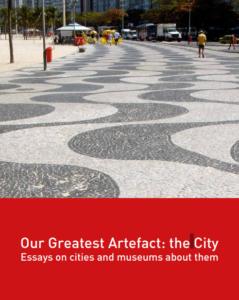 Marlen Mouliou, Ian Jones, Eric Sandweiss eds. Istanbul: CAMOC, 2013.
The book of proceedings of our conferences in Istanbul, Shanghai, and Berlin.
Published by CAMOC and available here for free download. 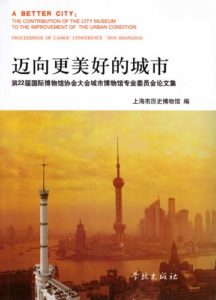 Zhang Lan ed., Shanghai History Museum, Shanghai 2010.
The Proceedings in Chinese and English of the CAMOC conference in Shanghai 2010.
Available for purchase directly from Xuelin Press. 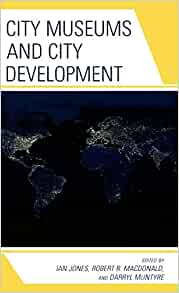 Traditionally, city museums have been keepers of city history. Many have been exercises in nostalgia, reflecting city pride. However, a new generation of museums focuses increasingly on the city’s present and future as well as its past, and on the city in all of its diversity, challenges, and possibilities. Above all, these museums are gateways to understanding the city—our greatest and most complex creation and the place where half the world’s population now lives. In this book, experts in the field explore this ‘new’ city museum and the challenge of contributing positively to city development.

Endorsements:
“Cities need museums like people need memories: not as a repository of their past, but as a token of their identity and a guide to the future. Here is a unique survey of city museums from five continents to stimulate discussion about such museums’ varied functions – from archiving to development workshops.”
Joseph Rykwert, Paul Philippe Cret Professor of Architecture Emeritus and Professor of Art History at the University of Pennsylvania and author, among other works, of The Seduction of Place: The City in the Twenty-First Century; The Idea of a Town: The Anthropology of Urban Form in Rome, Italy, and The Ancient World; The Dancing Column: On Order in Architecture.

“This book brings together the latest thinking and scholarship on a topic that is critical to the future of all museums. City museums, more than any other topic specific cultural institutions, carry not only the seeds of memory but bear the responsibility of reflecting the increasingly diverse populations they serve. These museums, through their programs, bring relevance to their various publics, serve as places of discussion and civil discourse, and ultimately inform and enlighten their citizens.”
Sal Cilella, Director, Atlanta History Center, Atlanta, USA

City Museums and the Future of the City 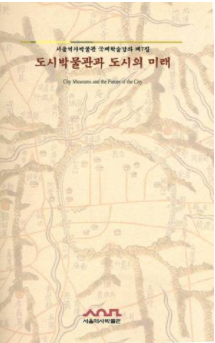 Proceedings in Korean and English of the CAMOC conference 2008 in Seoul.
Published by Seoul History Museum, Seoul 2010 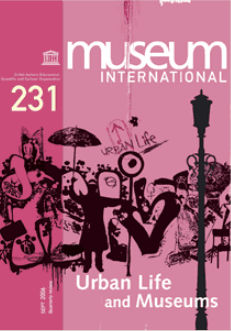 Isabelle Vinson ed. A special edition of UNESCO’s Museum International, No 231, Paris September 2006.
Papers from our Boston conference in 2006.
Available for download through Wiley Online Library.